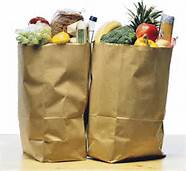 I approached the home, laden with several bags of groceries, my knife roll and tool kit, but with far less trepidation than I had anticipated.  Considering.  The concerned friends and associates of the couple, hired me and explained in generalities what happened not four weeks prior to my visit.

When the lady of the house opened the door it was obvious she had been through an ordeal, yet she smiled and was gracious with her greeting. "It probably feels weird in here," she uttered in a soft spoken tone.  "No really, it doesn't," I replied. And it didn't feel weird.  As I stepped across the threshold, nothing in the entry revealed the trauma that had beset her and her husband.  But I had to make an effort to not let my eyes linger on the fresh bandages and uncovered wounds on her arms, neck and face. 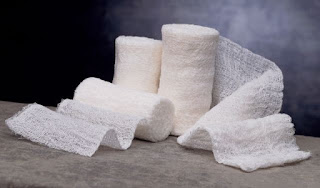 A moment after I followed her into the bright, warm and inviting kitchen, a contradiction to the recent event, her husband entered.  A small dog was close on his heels.  Her husband's bandages were thicker than hers and there more of them.  Indicating he had more seriously hurt.  He spoke in whispers as his vocal chords had been damaged during the attack.  Even the little dog wore wraps of gauze around his paws and one over his left eye.  The dog appeared to gentle and introverted to resemble a pirate.  Rather he looked pained.

After brief introductions and showing me where I could find varied pots, pans and such, I watched the husband as he struggled to pick up the dog and she her purse. Saying goodbye they left me alone in the house to prepare one weeks worth of meals. I was to.d by those who hired me, this couple enjoyed food and loved cooking together.  Now, neither of them was able to indulge in this shared activity due to their injuries.

After I heard the click of the front door lock, I took a moment to look around and compose myself.  I was grateful to see a bathroom nearby.  This meant I didn't have to walk around the house looking for one.  I could stay in my area of comfort, the kitchen.  I took a deep breath, secured my white bistro apron over my white chef's jacket and began unpacking the groceries. After unpacking the groceries, I went to the sink to, once again, wash my hands.  As I did so a thought came to me.  Something I already knew, but realized it was never more true than now.

I absolutely believe the energy we put into or towards something directly affects the outcome. And I know I'm not alone in that belief.  Whenever I'm teaching a cooking class I take the time to go over basics such as hand washing, reading through the recipe (completely) scaling out all needed ingredients (mis en place) and elementary knife skills (to keep fingers attached to their hands).  I also talk about the importance of "loving up on the food."  In other words, be mindful.  Be present.  Five each dish your full attention.  For example, when whisking up heavy cream, watch each phase as it goes from liquid to soft peaks then firm.  This prevents you from taking the whisking so far you end up whisking the cream into butter. At that point there is no going back!  Stay present and focused when stirring risotto.  Gently moving, almost caressing the kernels of rice and warmed broth with your wooden spoon.  Creating what Italians refer to as Il'Ondo (the wave).

Similar to the advice given to us by a grandparent, not to go to bed angry with your partner, as it makes for bad and unfinished business, cooking with a subpar attitude can impart bad taste to your dish.  This principle was of utmost importance on that day.  I knew I could do more than just cook up a few meals for this couple who still suffered physically and emotionally from the attack that woke them from their slumber that horrible night.  I could and would do so much more with those ingredients that sat in the counter almost looking back at me with their own anticipation of being part of a unique healing experience.

I had planned five entrees, five side-dishes, one large salad and one dessert.  I decided to begin with the steaks.  I seasoned the beef tenderloin generously with kosher salt and fresh cracked pepper. While it rested at room temperature I started on the marinade.  A mixture of olive oil, tamarind sauce, Worcestershire sauce and plenty of fresh garlic, minced. As I did this, I thought "let this beef provide their bodies with the same strength and power as the animal who gave its life for this dish."  Moving on to the potatoes and parsnips I cleaned and boiled, I added roasted garlic, lightly drizzled with truffle oil. I focused on the cleansing and curative power of the garlic making its way through their circulatory systems.


The salmon steaks I had carefully removed the bones from then curled into medallions were then immersed in a vegetable broth infused with a pinch of culinary lavender.  "Let the fresh, crisp waters this fish once swam in, give this couple vitality and vigor, like the swiftly moving rivers this fish once swam in.  And allow the sweet fragrance of the lavender to replace the scent of pain.

By now I was no longer just thinking these thoughts, I was speaking out loud.  Repeating the intentions I segment for each dish as though they were mantras.

From the pasta dish I coaxed comfort and warmth.  My roasted vegetable lasagna would wrap them like a soft blanket.  The greens in the salad would not only provide iron found in the dark leafy greens but would usher in joy and delight as their eyes feasted on the rainbow of colors and their ears heard the crunch and snap of the peas Andy toasted hazelnuts.

Dessert would offer kindness and sweetness in a blueberry, basil and chèvre pie.  The blueberries high in antioxidants, popping in their mouths as the honeyed chèvre and brown sugar coated their tongues.  A kind of salve for the tastebuds.

Five hours later after packaging and labeling I cleaned the kitchen and left.  The couple had not yet returned.  The following week I received a phone call from the lady of house exclaiming, still in her soft tone, how much she and her husband enjoyed the all the food I had prepared.  She said each dish offered so much in flavor, texture and . . ."something else we can't quite put our finger on."

The something else they couldn't quite out their finger on, I surmised, was the additional ingredients of caring, compassion and presence of mind I added to each dish.  I cooked with more feeling that day than I ever had before.  And indeed, it made a difference in the outcome.