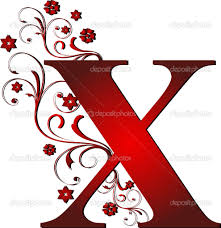 It might look like gibberish . . .  because that’s what it is.  As we near the end of my Alpha-Foods series things are getting tougher!  To be honest, the ONLY food ingredient I could find starting with Xx is Xanthan gum.  That food additive produced from fermented corn sugar, commonly used as a thickener, emulsifier and/or stabilizer of many a commercially prepared food item found in your local grocery store.  I don’t intend on doing anything with that!  Actually, taking some culturalistic license I did find Xigua.  But xigua is simply another term for watermelon in some cultures.  And certainly not in season right now.

I did find out, from a sommelier friend of mine, about the Xinomavro grape.  This little morsel was the primary grape used to produce red wine in ancient Macedonia.  He reports it was more of an elixir back then, but believes the grape is still used to produce wine in Greece today.  As much as I’d love doing the research and sharing with you a recipe to make wine, I hit a wall trying to locate where I could buy this edible berry.  So no wine recipe this week. 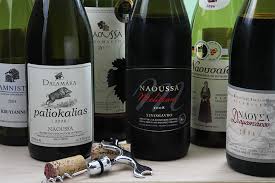 Instead I am forced to consider Xacuti, Xavier Soup or Xampinyons.   Yes, these are actual dishes.  Since we’re no longer in the month of December, I can’t justify Xmas Cookies.  Xampinyon is actually the Catalan word for mushroom.  I could write about the exciting array of mushrooms at our disposal.  Cépe, Chanterelle, Enoki, Morel, Puffball and Shitake to name just a few, so many more options than the early Greeks and Romans had at their disposal when they were cultivating mushrooms.  Rich, nutty and earthy, mushrooms are the example I often give when describing that 5th taste sensation, Umami.  My students are usually familiar with sweet, salty, sour and bitter, not so much the unctuous characteristics of mushrooms.  A piping hot , dripping with warm butter and stuffed to over-flowing with minced garlic and shallot, fresh parsley and grated Asiago cheese, of course the left over stems are chopped fine and incorporated into the filling with only a minute amount of seasoned bread crumbs, moistened with a fine Chardonnay. 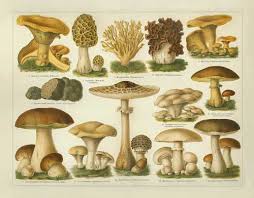 Perhaps introducing you to Xacuti, pronounced “sha-kooti,” would entice you.  This less familiar gem of a spicy chicken dish originated in Western India, Goa to be exact.  A bright red curry-like dish, often prepared with chicken, or goat or lamb and plenty of Kashmiri chilies hits those high notes and rings some bells.  Best served over rice and washed down with a cool beer.  I am tempted to try it.  A complex amalgamation of spices that include but isn’t  limited to, anise, coriander and fennel seeds, poppy seeds, cumin, cinnamon, turmeric, mace and nutmeg.  All cooked together in a large Dutch oven, with diced chicken and coconut.  Served over rice, this dish is calling me by name! 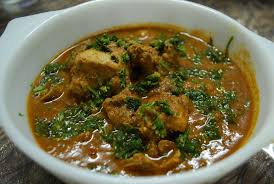 Finally, there’s Xavier Suppe.  Now this consist of far fewer ingredients and also speaks to me, since it is Italian in origin, like me, and offers all the creature comforts of a healing soup.  So many of us here in Vegas are coping with or getting over severe head colds and the flu, so I deem this to be Soup Season.  Xavier Suppe gets its name from Saint Francis Xavier, who lived in Italy and was canonized in 1622.  The Feast Day of St. Xavier is held on December 3rd, and of course this soup is a component of the meal.  Easy to prepare, with few ingredients, all of which I have on hand; I’ve decided to use this recipe to express letter Xx.  There is very little variation in the recipes I researched, which I take to mean, it is as good today as it was in the 17th century.

1       In a large heavy stock or soup pot, melt 2 tablespoon butter.  Add chopped leeks and cook until soft.  Add chicken stock and bring to a simmer.  Cover and keep warm over low heat.
2      . In a separate large, heavy pot over low heat, stir together the flour, cream, butter, and grated cheese.  Continue stirring until mixture comes together into a soft but solid dough.


3     3. Remove from heat and gently stir in salt, pepper, nutmeg, whole eggs, egg yolks and 2 tablespoons of the chopped parsley.
4       4.Spoon mixture into a piping bag (or large Ziploc bag if you don’t have a piping bag) fitted with a large tip.  If you’re using a large Ziploc, simply cut off a corner of the bag large enough to pipe out cylinder dumplings but not so big you end up with blobs squeezing out.
5      5. Pipe 1” tube-like cylinders onto a sheet of waxed paper or buttered parchment paper.
6       Allow dumplings to rest for approximately 30 minutes.
7       6.Meanwhile set another pot of salted water on the stove and bring to a gentle boil.
8       7.When dumplings have rested, using a slotted spoon, gently lower 1/3 of the dumplings into the water and allow to simmer for 2-3 minutes or until they begin to float.  Mine are rather large, we like hearty dumplings in this household, so they didn't really float all the way to the top.  Use your slotted spoon to remove the cooked dumplings and gently slide into the pot of warm chicken broth.  Do this until all the dumplings are in the pot of chicken stock.

9       Immediately ladle Xavier’s soup into individual bowls and garnish each with the fresh chervil (or tarragon), parsley and cheese.

Note: However, I am planning on preparing that Xacuti.  It looks way too good to pass up the adventure.
Posted by CosmicMuffin at 6:23 PM No comments: