1) in large mixing bowl combine flours, flax seed, sugar,baking powder & soda, cinnamon and nutmeg until there are no lumps.
2) Stir in oats, raisins, coconut and almonds
3) In separate bowl lightly whisk eggs then add to large bowl of dry ingredients with the coconut oil, milk, applesauce and vanilla, stir until just combined and there are no dry ingredients remaining on bottom of bowl.

Using a large scoop, spoon mixture into jumbo muffin cups to 3/4 full.  Sprinkle top with bits of oats and a little sugar if desired.  Bake in 350 degree over 25-30 minutes until tops of muffins are lightly browned.

Posted by CosmicMuffin at 4:39 PM No comments:

Why Your Cosmic Muffin? 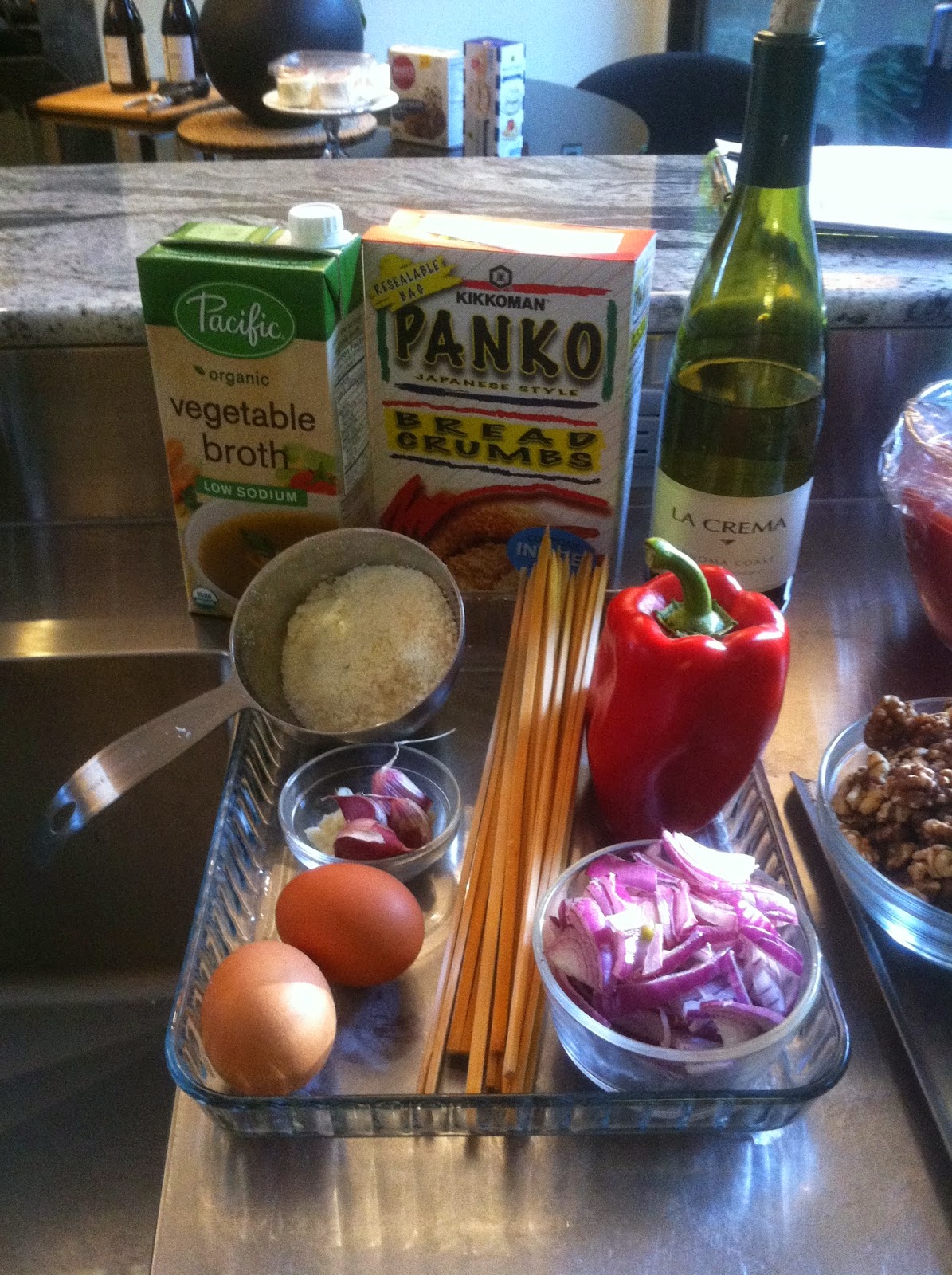 I didn't forget, I just couldn't decide if I was going share my Mood Rings or Meatball recipe with you.  Changlings in air brought about my decision to share the Meatballs, even though it isn't cloudy today and there's no chance.

And don't be put off by the number of ingredients to prepare this recipe.  If you've ever made a meatloaf you can do these.  Just be sure to do your mis en place, (get everything in place), before you start.

To Prepare the Meatballs
1) In a very large mixing bowl mix ALL the ingredients listed for meatballs
2) Using your hands, mix ingredients together until will combined
3) Using a scoop, (cookie or ice cream), measure out meat and shape into compact balls, again using your hands
4) Heat about 2 Tablespoons olive oil in large skillet and brown meatballs in batches, over medium heat for about 7-9 minutes.  Do not cook through completely.  And do not crowd the skillet OR turn the meatballs until they have browned and easily turned.  This is how you can maintain the round shape.  By turning the meatballs in the pan too soon they stick and fall apart, losing their meatball appearance.  This is important if you're a meatball.
5) Place browned meatballs on papertowel-lined plate - set aside.

To Prepare the Sauce
1) Using the same skillet, sweat the sliced bell peppers and onion until softened - you may need to add just a little more oil.
2) Stir in paprika and minced garlic, saute another 2-3 minutes
3) Using a wooden spoon, stir in white wine and deglaze the pan.  Deglazing means you're scrapping the bits of tasty browned meat off the bottom of the pan so it will mix into your sauce.
4) Allow the mixture to simmer until it has reduced by half
5) Using your hands again, squeeze the tomatoes into the pan, so they squish into bite-sized chunks, stir in the vegetable broth and season with salt and pepper to taste.
6) Continue simmering your sauce another 10-15 minutes until it has thickened a bit.
7) Return those meatballs to the pan and allow everything to cook together another 10-15 minutes, (you may have to do the meatballs in two batches - if you do, place the ones that have cooked in the sauce in a small casserole dish  and place in a 250 degree oven to keep warm until you're ready to serve).
8) When all the meatballs have been allowed to simmer in the Hungarian sauce, transfer them to a serving plate or bowl then quickly whisk the sourcream into the sauce.  Pour sauce over meatballs, taste for seasoning and you're done!

This recipe serves 8-10 depending on how large you made those meatballs.  I put three meatballs on a skewer and gave each guest 2 skewers set on a bed of sweet and spicy quinoa. 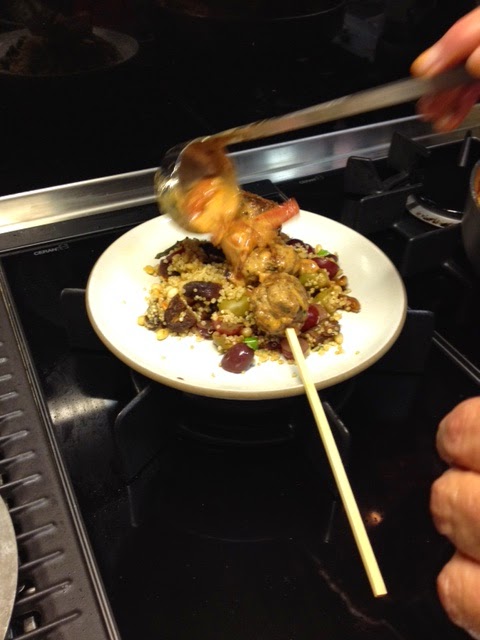 Posted by CosmicMuffin at 5:45 AM No comments: 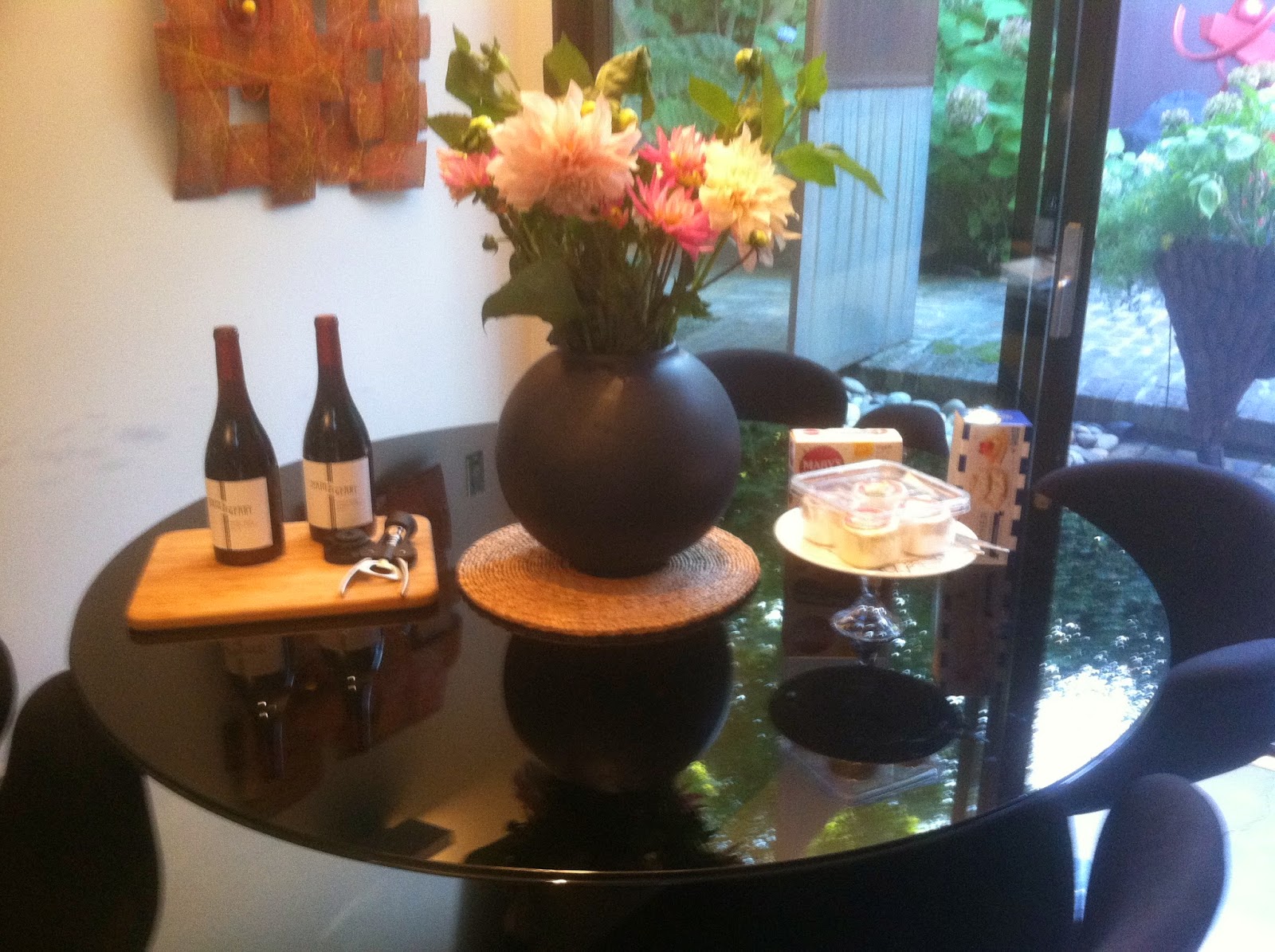 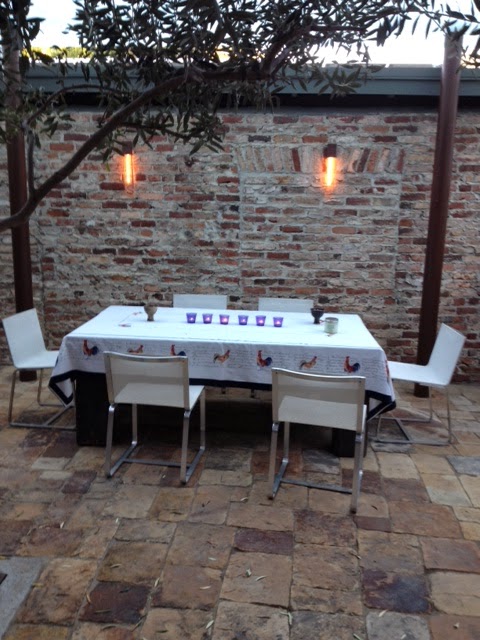 I was out of town last weekend to do a cooking and tasting demonstration.  I had been auctioned off as a special event for an eclectic group of e-egg-heads, art enthusiasts, accountants, attorneys and one scientist.  I arrived late Friday afternoon and immediately upon stepping out of the frigid airport and into the blinding sunlight ripped off my heavy cable knit sweater.  I had been warned San Francisco was experiencing a heat-wave.  But the disparity between their definition of a heat-wave and mine is as vast as the Grand Canyon.   But it was hot.  Within ten minutes my limo arrived, (the infamous Blue Super Shuttle), and before long I was perusing my way through the kitchen cabinets and cupboards of the event’s primary hostess. 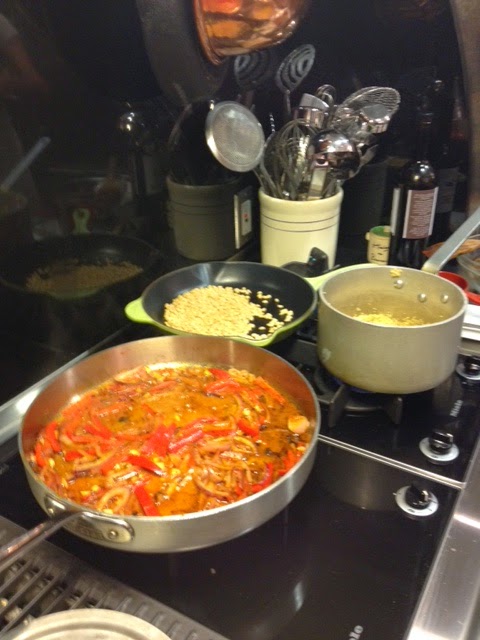 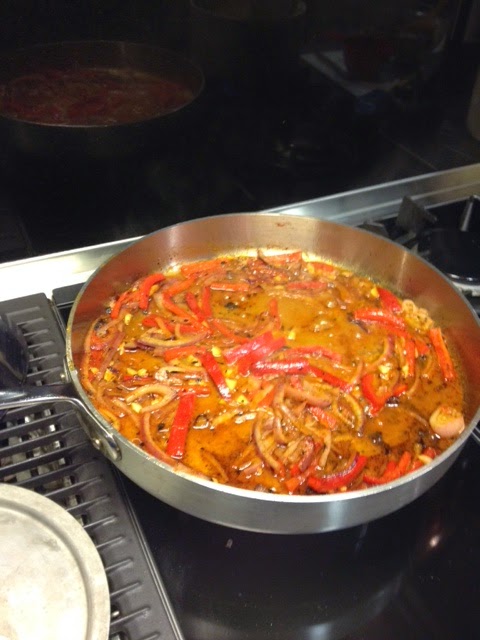 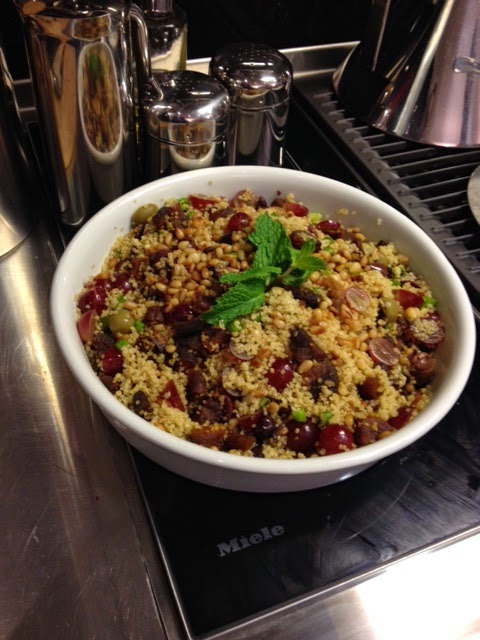 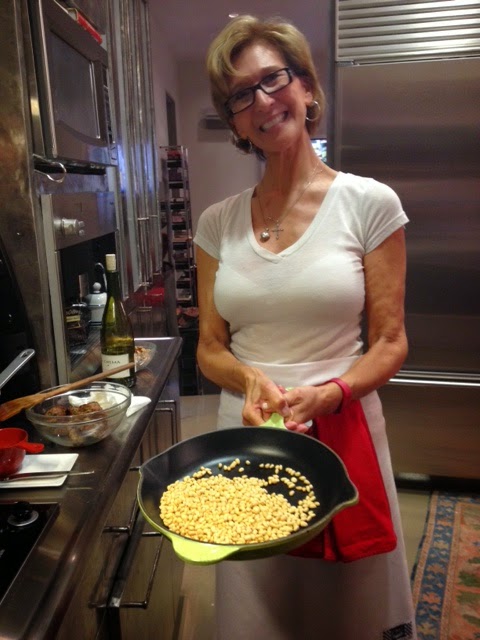 Posted by CosmicMuffin at 8:28 PM 2 comments: