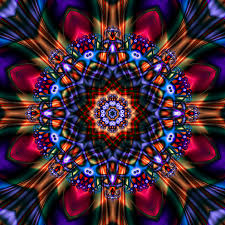 A Kaleidoscope is a tube consisting of loosely assembled mirrors and pieces of coloured glass or paper, whose reflections produce changing patterns.  It’s a visual festival for the eye when one peers through the small opening at one end of the tube.

And have you been to Houston Texas lately?  There, you will discover a mosaic hub of cultures and peoples coming together in the workplace, schools, sporting events, and social gatherings, as friends, in marriage, and in family.  Learning, growing and expanding, as a community.  Houston is officially known as the most diverse city in the U.S., more so than New York, Los Angeles or Sacramento.

What do Houston and Kaleidoscopes have to do with one another?   I see them as parallels to the mixture of colours, patterns, and cultures to the culinary term, “fusion.”  Fusion, in the world of food, is when a chef combines different cuisines into a single eating experience.  This integration of culinary traditions embraced by chefs began receiving recognition in the ‘70’s.  Those fortunate souls residing in Houston, a true melting-pot, can be viewed as a collective expression of Fusion, in the way they live and most importantly, to me and this Blog, the way they eat.

Many of you, either deliberately or inadvertently, have experienced dishes that fall into the category of Fusion Cuisine.  One such restaurant is SushiSamba, in Las Vegas.  One of the few restaurants I’ll trek to the Strip for.  Here the blending of Brazilian, Peruvian and Japanese cuisines impart unto my taste buds vibrant and never-before, tasty pleasures.  The Signature cocktails don’t hurt either.  Consider California Cuisine, inspired by the foods and dishes of Italy, Mexico and France.  Taking a traditional dish from Italy, such as gnocchi, prepared with non-traditional ingredients from Mexico.  Think a spicy, Southwest sauce serving as a bed for those soft, pillows of pasta to bask in.  Tex-Mex and Pacific Rim are both quite common.  Less common, but perhaps, offering an even more lively party for your taste buds would be Chinese-Indian dishes.  How about Portuguese, Dutch and British combinations? 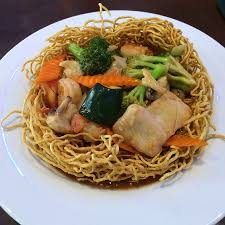 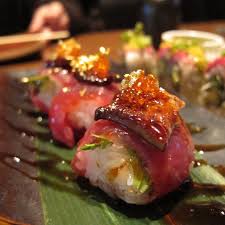 Many of us have grown up eating Fusion Cuisine without giving it a second thought.  Personally, I love my family’s back-story of Italian and Puerto Rican presentations at the dinner table.  I would never think of preparing a Thanksgiving meal without a side dish of lasagna or other pasta wedged in between roasted Brussels sprouts, smashed potatoes, stuffing and cranberry relish! 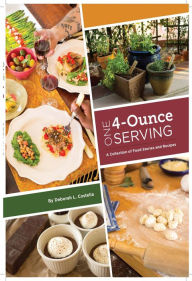 My cookbook, One 4-Ounce Serving – A Collection Of Food Stories And Recipes, has several dishes that combine cultures, old family recipes prepared with a few twists as well as adventures into a terrain of  ingredients.  The book is a culmination of my supper club gatherings with the Friends Amid Food, where we pulled together meals that will interest and delight everyone at your home table.

One such example is my Cinnamon And Chicken With Plantains.  A savory, one-pot dish, infusing savory, garlicky chicken, embraced by an earthy sauce of broth, seasonings and cinnamon.  The plantains offer a starchy alternative to potatoes, while adding colour with upbeat consequences.  The mixture of sweet with savory and the ease of this comfort-food, dish makes it one of my favourites.  Perfect for this time of year.

I’m not going to share the recipe you this time.  Rather I urge you to take a look and view my book on Amazon or visit my website: www.cosmicmuffincafe.com
Posted by CosmicMuffin at 4:04 PM No comments: